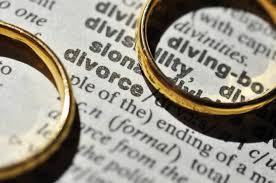 Emma Rymell who joined Cocks Lloyd this month provides an update on the long awaited reforms to Divorce Law.

Divorce law is back on the agenda for the government following last month’s general election.

The Divorce, Separation and Dissolution Bill, introduced in June 2019, came to a stand-still twice after two readings in the House of Commons but it has now been introduced to the House of Lords.
Divorce law currently requires spouses to evidence their Divorce with at least one ‘fact’ and unless parties have been separated for a minimum period of two years, that ‘fact’ must blame the other party for either committing adultery or behaving unreasonably. Two years’ separation (with the other party’s consent) and desertion are further facts, otherwise if the other party disagrees, couples have to wait until they have been separated for five years if they don’t want to apportion blame.

The Bill will replace the need to evidence conduct or wait for a period of separation with a statement of Irretrievable Breakdown. There will be no ability to contest the Divorce. It is intended that 20 weeks after starting the proceedings, the Court will grant a Conditional Order (currently called Decree Nisi) and 6 weeks later the Divorce can be finalised.
Family Lawyers have long campaigned for a change to the law as fault based divorces can cause unnecessary conflict and antagonism, which can then negatively impact on any children of the family and the resolution of financial issues.

The proposed changes will also be introduced to the dissolution of Civil Partnerships. The changes will not impact on other areas of Family Law such as financial settlements and child arrangements.

For more information or for further advice in relation to Divorce and the financial arrangements on separation, contact the Family Law Department at Cocks Lloyd on 02476 641 642.